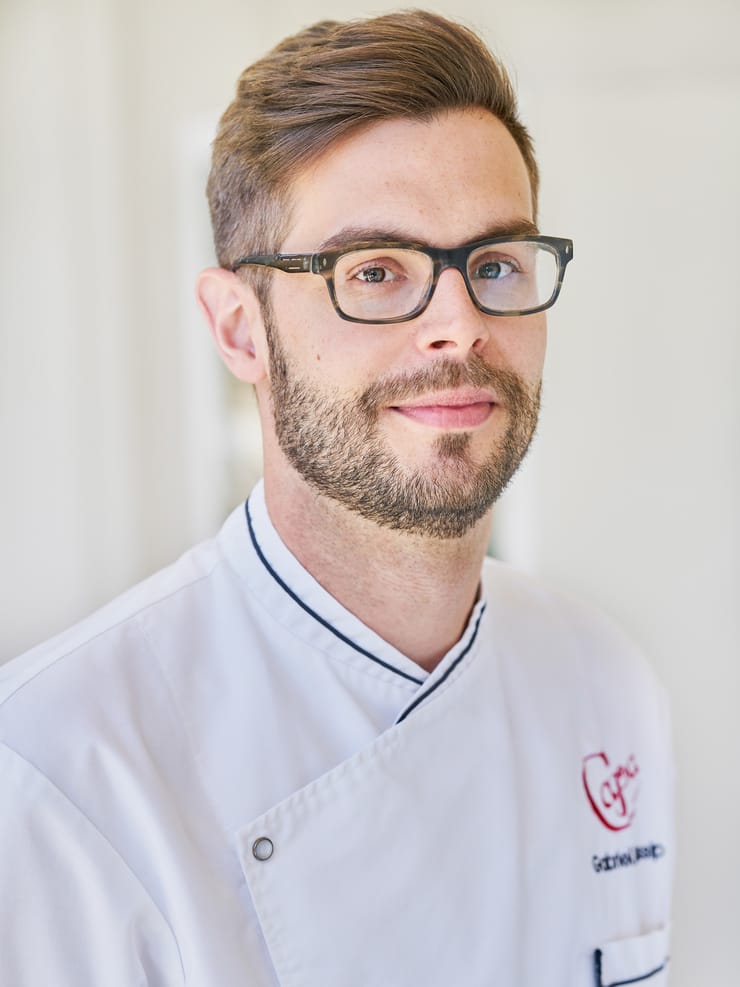 “What drives me as a chef is learning what’s new in the ever-changing culinary world, and having unique experiences with people I’ve met throughout my career who motivate me to be innovative in my craft.”

Gabriel Massip, Chef at Capa, the 17th floor Spanish-influenced steakhouse at Four Seasons Resort Orlando at Walt Disney World Resort, knows the secret to an incredible dining experience. “Hard work. That’s what I know to be true. Even if I make a mistake in the kitchen, I learn from it and continue to do my best.” Massip brings more than 11 years of experience to Capa, with a career spent cooking in award-winning restaurants across the globe, from Australia to New York and Bora Bora.

He began his culinary training in his hometown at the young age of 15. “From the beginning, I was taught by my mother that the best dishes are cooked well, with simple ingredients.” Born just outside of Paris, France, his first taste of a chef’s life came from his own kitchen, where he picked up an interest in cooking and realised his natural culinary skill. “It came easy to me. I didn’t think at the time that I would become a chef, I just enjoyed what I was doing.”

Continuing his growth after culinary school, Massip began his career in France as chef de partie at multiple award-winning restaurants and two 1-Michelin star restaurants. He then relocated to a resort in tropical Bora Bora, where he spent the next four years working as a sous chef.

After relocating from Bora Bora to Australia, he made his way from Down Under to board the Disney Cruise Line in Orlando working at the ship’s signature restaurant venue, adding to his diverse resume of culinary genres. “Despite my French background, my travels have influenced the evolution of my dishes to be more on the bright side, lighter on the butter.”

Now back in the Sunshine State, Massip is excited to bring his talents to elevate the dining experience at Capa. “My recipe for success is simple: I know flavours and I know cooking. I love working with the team to continue to provide the high quality dining experience that makes Capa one of the best restaurants in Central Florida.”

Massip is a graduate of Lycée Helene Boucher in Le Mans, France, where he received his Brevet de Technicien Supérieur in Catering and Restaurant Culinary Arts. When Massip isn’t in the kitchen, he enjoys staying active with soccer and running, as well as trying new restaurants with his wife, Khristy.

This website uses cookies to improve your experience while you navigate through the website. Out of these, the cookies that are categorized as necessary are stored on your browser as they are essential for the working of basic functionalities of the website. We also use third-party cookies that help us analyze and understand how you use this website. These cookies will be stored in your browser only with your consent. You also have the option to opt-out of these cookies. But opting out of some of these cookies may affect your browsing experience.
Necessary Always Enabled
Necessary cookies are absolutely essential for the website to function properly. This category only includes cookies that ensures basic functionalities and security features of the website. These cookies do not store any personal information.
Non-necessary
Any cookies that may not be particularly necessary for the website to function and is used specifically to collect user personal data via analytics, ads, other embedded contents are termed as non-necessary cookies. It is mandatory to procure user consent prior to running these cookies on your website.
SAVE & ACCEPT